The work we have completed allows us to position ourselves as, experts in architectural design!

It’s a busy world where everyone seems to be looking for a peaceful place where one can spend some ideal time with family, friends or even alone in complete harmony with nature and beauty. Read More … 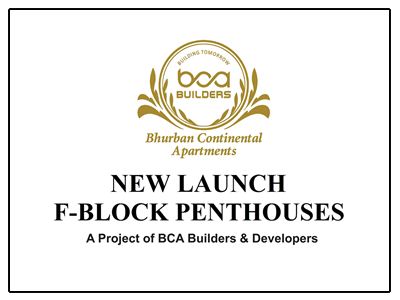 BCA is presenting another amazing offer for our distinguished clients. Also BCA has launched a four star Hotel in its project i.e Bhurban Continental Apartments. Due to increased pressure and demand … Read More … 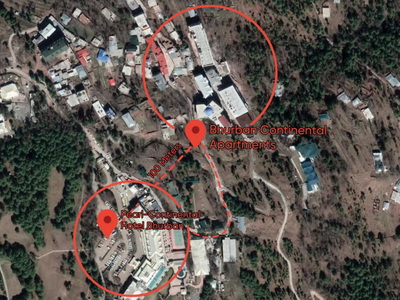 Bhurbun Continental Apartments, are designed with a special consideration of maximum provision of the views and vistas of beautiful mountains of Kashmir& Northern areas and the river Jehlum… Read More …

OUR HISTORY – STORY BEHIND OUR SUCCESS

The Builders of New Bhurbun

Bhurban Continental Apartments completed 5 Blocks and were handed over to the honorable clients.

Bhurban Continental Apartment completed 3 more blocks in their project and were handed over to honourable clients.

Bhurban Continental Apartments after completion of over 200 apartments announced E Block. The construction started in 2014 and possession is given in November 2015.

Bhurban Continental Apartments announced F Block. The construction started in 2016 and possession will be given in end of 2017 InShaAllah.

Bhurban Continental Apartments announced Premium Wing, with maximum covered area for One Bedroom Apartments, also Two Bedroom Apartments. The construction started in Oct 2016 and this project is considering a high end finished apartments with outstanding balcony views. Possession will be given in end of 2018 InShaAllah.

After successful booking completion of Premium Wing, Bhurban Continental Apartments announced G-Block approx 800 SFT covered area for One Bedroom fully furnished Apartments. This Block is considering for overseas Pakistanis due to its amenities. These apartments will belong to service category with covered common car parking and high end finished. Possession will be given in end of 2019 In Sha Allah.

Allhamdulillah in Aug 2018, BCA has launched the Hotel “Holiday Grand Resort & Hotel Bhurban” within the existing project’s premises. Hotel is equipped with 5 stars amenities, Luxurious accommodation, independently controlled room’s temperature, LED 40”, direct line excess, 24 hours reception, Conference/Meeting Hall and secure car parking. Hotel was the most requested facility by our clients, Now again on clients enormous demand BCA has started another project on Service Apartments “Hotel Apartment/ Ali Block Top” with two years payment plan and possession will be handed over within a record time period of one year. These luxurious apartments are the part of the Hotel and are with confirmed rental facility.

After a successful launching of Holiday Grand Resort & Hotel, we got very positive response from the clients. From August 2018 to August 2019 we have fulfilled our promise which we made with our service apartments honorable clients. After a year analysis of the market demand Allhamdulillah we are launching Hotel Block Extension ( of Holiday Grand Resort ) which comprises four categories of apartments including state of the art Deluxe Rooms, Executive Suites, Royal Suites & Presidential Suites. These all are service apartments with guaranteed rental.

Covid19 pandemic infected and effected the whole world. Its was the challenge to complete the Hotel Block Extension during pandemic. Allhamdullilah with the Grace of Allah and the co-operation of our Clients, we succeeded and accomplished the impossible.  Starting the Serviced Apartments was the wonderful experience for BCA and for our clients, who showed their keen interest in this project. Similar we had the number of requests to build Pent House Apartments with out-standing balconies views. So After the pandemic, we have launched limited Pent House Apartments in Dec-2021, which comprises One Bed, Two bed and Three bed Units.